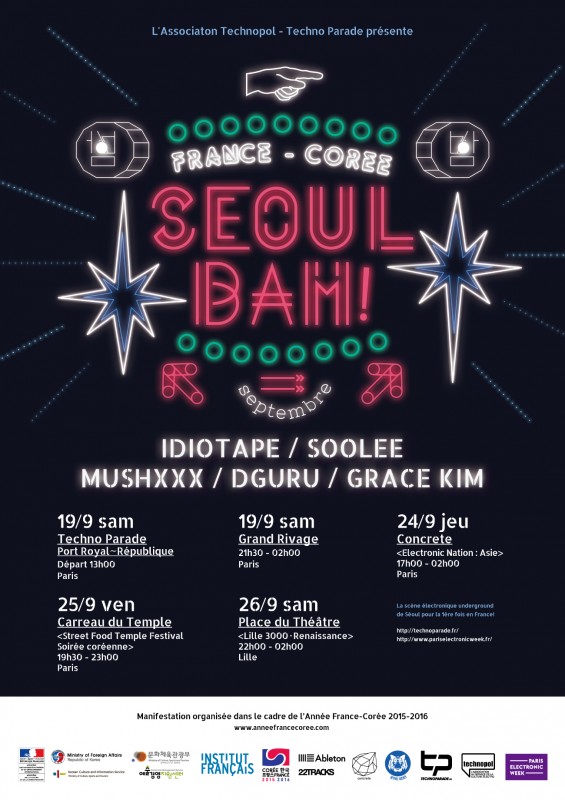 Seoul Bam!
The Korean electronic scene in the spotlight with a float at the Parade and the Seoul Bam! events

After Vietnam in 2014, the 2015 edition of the Techno Parade on September 19 will host Korea as its guest country.
K-pop as personified by Psy and Gangnam Style has been a huge success in France, but Seoul Bam!, hosted by artists from Seoul’s thriving electronic scene will show to the French audience another very different face of Korean music.
​The festivities will continue until September 26th in Paris & Lille. 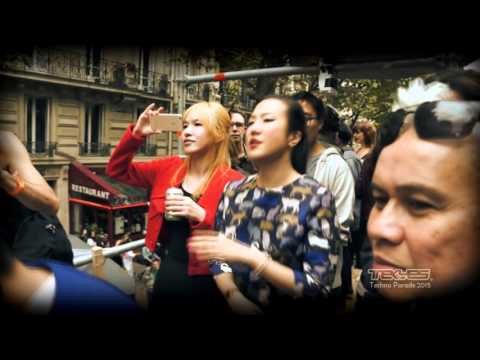 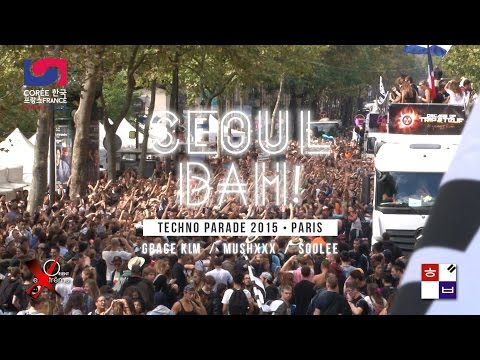